"Could everyone please move away from the doors, you may be preventing the train from moving", the driver said, sounding slightly stressed. It was about twenty minutes after we'd stopped. 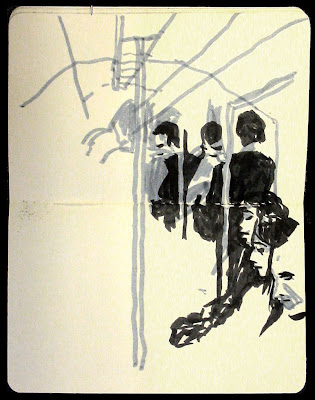 I was at the end of the carriage, reading in the rush hour. It was an unusually hot morning and at least ten degrees hotter in the carriage. 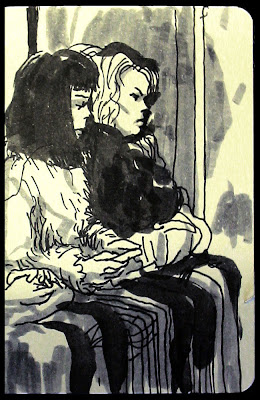 People were fanning themselves with newspapers as the sweat ran down their faces. After several trips through the train the driver still hadn't found the problem. 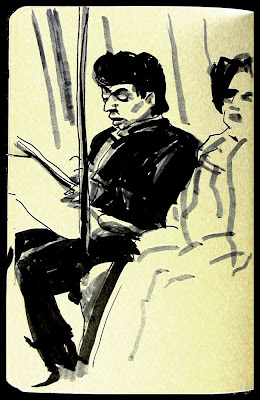 Half an hour going nowhere. People had started swapping places to give those standing a rest. Another ten minutes and I noticed I couldn't concentrate enough to read. 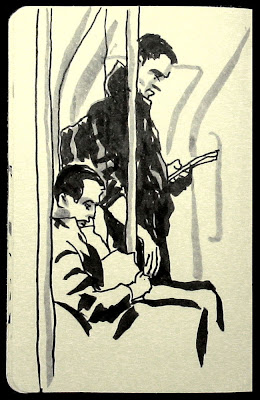 "Is there a doctor!?" somebody asked. Someone had fainted, then another, and another. A Spanish woman started to panic and two English women calmed her down. The stiff upper lip was holding but only just. 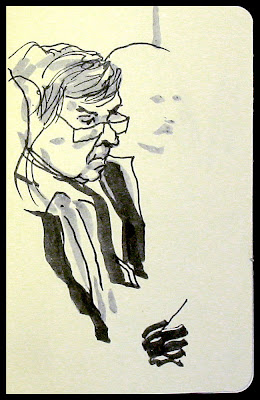 Then the train started moving, backwards towards Highbury Islington, shunted by the train in front. As we walked out past those fainted, past the sprinting Ambulance men, and then the press, I thought, "Oh well, I guess I'll have to get the bus then."

another day in wonderful London...