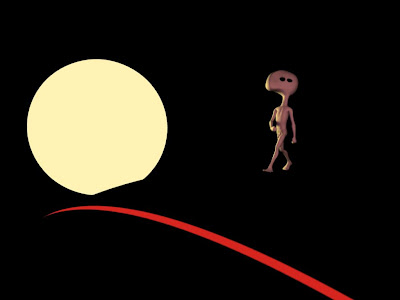 Earlier this year old friends Sonia Harford and Ray Edgar suggested to curator Michael Desmond that I'd be a good person to contribute to an exhibition at Australia's National Portrait Gallery. 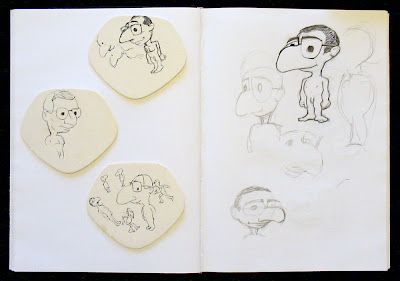 Michael invited animators to create moving Self Portaits running between thirty seconds and four minutes for the show "Animated". 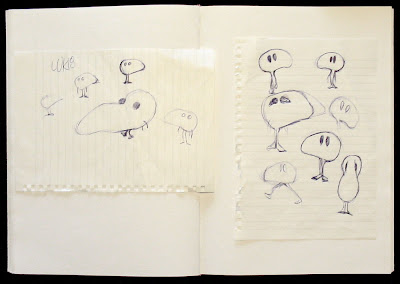 "Nose" was made in four weeks in September completely on a laptop. 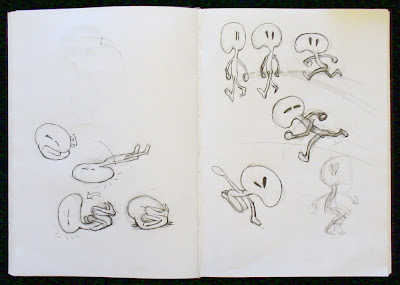 "Nose" can be seen at:
http://www.portrait.gov.au/animated/ 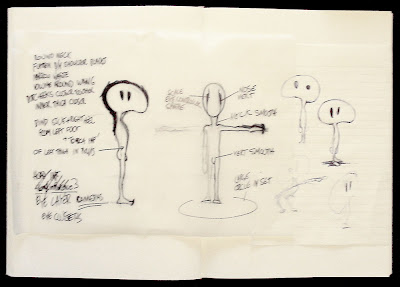 To see the Cat & Fiddle Clock that influenced "Nose":
http://www.youtube.com/watch?v=zQTOInKBMaQ

Thanks to, Stuart Thorne for creating the sound, Mark Kennedy for all his technical help and advice and to Gillian Raymond from the NPGA for looking after vision arriving from London and sound arriving from Melbourne.

I don't understand why you've drawn your nose so big...

I wonder what happened to that Cat and Fiddle arcade animatronic? It's really quite beautiful. And the fountain was cool too.