Last week I saw the animation I had supervised in Harry Potter and the Half Blood Prince. It was good to see it after a year in the can, but its always sad when something only partly made it into the film. Such was the case with globbie in the potions class sequence. 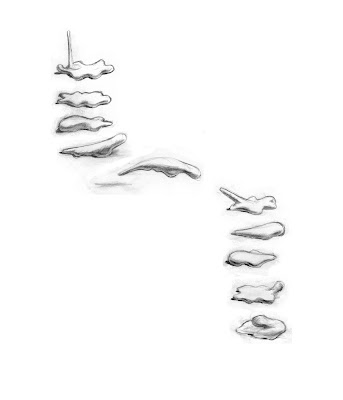 Globbie was planned as a lengthly shot where a potion comes to life, slopping from the cauldron and leaping from table to chair to floor, then turning into a four legged creature, before being caught by Professor Slughorn. 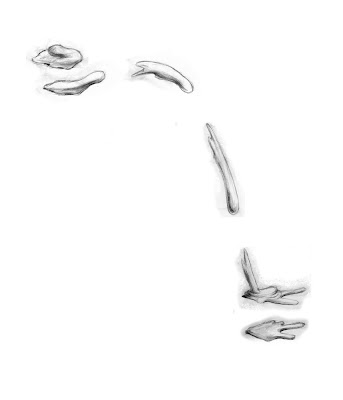 These are the designs I made for the first part of the shot. This was taken to full animation by Mark Kennedy, but the only part of his work that remains in the film is the slopping from the cauldron. Such is the film business.