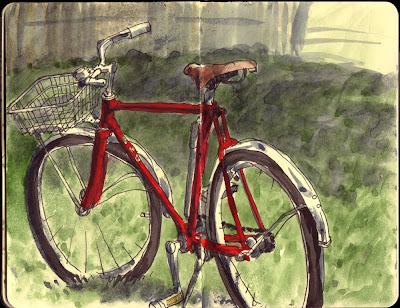 A recent auction purchase. A fairly original postman's bike from around 1968, which includes the PMG decal (Postmaster General). A few years later the PMG became Australia Post and as this clip shows delivery by bicycle became less common. Steep hills and no gears helped to make these bikes redundant, but I think they are great.

I don't see any carbon fibre on that bike!

my uncle Bevan worked for the PMG, he had a nice red van with the logo. He told us it was the diplomatic corp: Prime Minister of Greece.

Thanks Deborah, that is hilarious.
Hope you are well!
'(',